The Salesforce ecosystem could be at least 4 times larger than Salesforce itself, according to some estimates, as myriad third parties build sizable businesses off the back of the platform. In the past three weeks alone, we’ve seen OwnBackup raise $167.5 million at a $1.4 billion valuation to bring cloud data backups to Salesforce, while fledgling startup Scratchpad secured $13 million for a productivity workspace aimed at Salesforce-powered sales teams.

Salesforce, which is now a $230 billion company in its own right, may attribute much of its success over the past 20 years to its thriving partnership ecosystem, which Copado is helping expand.

While Salesforce assists with many of the processes associated with DevOps, such as hosting and managing infrastructure, Salesforce DevOps teams still have to manage their deployment pipeline, or the steps and environments they go through to get their Salesforce configuration and code into production.

Founded out of Madrid, Spain in 2013, Copado promises enterprises an integrated Salesforce-native platform that covers each part of the DevOps process, including agile planning, continuous delivery, automated testing, and compliance. “It automates how companies build software in the cloud at scale,” Copado CEO Ted Elliott told VentureBeat. 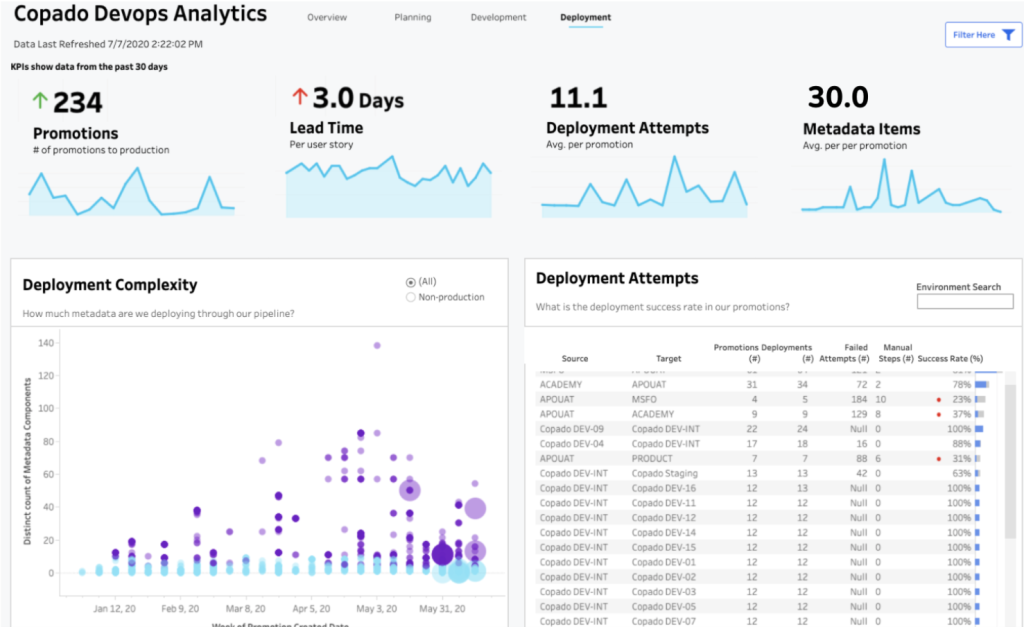 The broader DevOps market, which was pegged at $5.2 billion in 2018, has plenty of tools to help developer and operations teams function cohesively and ship quality software on schedule. But Copado is betting that Salesforce DevOps teams need custom-fit tools.

“Low-code cloud platforms like Salesforce work very differently than traditional development platforms. This prevents developers from working with popular code-based DevOps solutions,” Elliott said. “Copado is the only DevOps platform that was purpose-built for the speed and technology of SaaS clouds.”

Copado has now raised $117 million since its inception. With its fresh cash injection, which included investments from Lead Edge Capital, ISAI Cap Venture, and Perpetual Investors, the company is now well-financed to double down on its existing Salesforce support while also expanding its horizons.

“Based on customer demand, Copado is increasingly being used to deliver multi-cloud projects,” Elliott said. “This investment allows Copado to continue to expand and support additional clouds and platforms outside of Salesforce as our customers build more sophisticated and integrated customer experiences.”